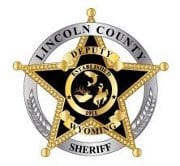 -old Afton, Wyoming man is dead following a shooting incident early Sunday morning in a downtown Afton apartment. According to Lincoln County Sheriff Shane Johnson, Tony Hansen was found dead from a gunshot wound while a 21 year-old woman, Melanie Pumphrey of Alpine, Wyoming, had been injured by a gunshot wound. Pumphrey was transported to Star Valley Medical Center for treatment and was later released. Johnson says the incident is still under investigation, but a 26 year-old Afton man, Wade Farrow, was taken into custody as a suspect in the case.

Battle of Broncs: Top teams in the 3A meet tonight in Cody