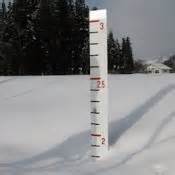 While local ski resorts boast how good the snow conditions are, it is of interest to consult the surveys conducted by an unbiased source – like the Natural Resource Conservation Service. Statistics posted today (December 26) indicate the Snake River Basin has an average measurement of precipitation in the form of snow that is 111% of the 30-year average and a water content in that snow that is 128% of normal. Meanwhile, the southern end of Yellowstone National Park has experienced a 108% of normal snow accumulation and Togwotee Pass is reporting 122% of normal snow at the measuring site there. Bridger Teton National Forest is reporting an average of 68 inches of snow between 9,000 and ,9500 feet of elevation and about 10 inches less at 8,000 feet. What the condition of the area’s water table will be in spring will remain to be seen based the precipitation and water content yet to be received. However, for now, the snow levels bode well for early winter recreation.