The Jackson Ranger District of the Bridger-Teton National Forest will begin implementing four trail projects in the Cache Creek and Game Creek drainages this summer. 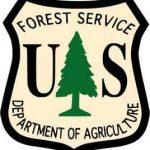 signed the decision today which authorizes a balanced approach to managing increasing recreation pressures and necessary wildlife protections. Of the five proposed trail projects, Deiter decided to authorize four of them to proceed. The first is a 5.5 mile multiuse trail that will skirt the Skyline Ridge on Snow King Mountain. This trail will provide the visual and scenic recreational opportunity afforded by a higher elevation trail that is carefully designed with elements that allow the trail to blend in with the natural setting. The second project is a 1.2 mile trail segment near Nelson Drive to separate hiking and biking use, which will ultimately reduce conflicts between users and provide for a more enjoyable experience for all recreationists. The third trail project is the Josie’s Ridge reconstruction which will provide a short hiking loop near town and be designated for pedestrian travel. The final trail project that will be implemented is the Game Creek trail motorized use dates. The trail will now be open to motorized use from September 1 through October 30 each year unless conditions deteriorate to where resources are being adversely affected.

“People choose to live near their National Forest for many reasons, but mainly because they like being able to recreate, enjoy the scenery and the wildlife habitat that we conserve,” said Deiter. “We feel that with the help of the community, we are progressing towards more sustainable and responsible strategies for accommodating recreationist and wildlife in our trails system” he said.

The Jackson Ranger District began working with the public on addressing the trails in the Cache-Game area in 2011 for this most recent effort. The public played a key role in the formulation of the 5 proposals, which were then released for comment in August of 2014. “The proposals strive to concentrate trails in the areas closest to town, where the demand is highest and the infrastructure and use can be better managed.” said Deiter. “This approach allows for backcountry areas to be less disturbed and provide more opportunities for the serenity and recreational needs as well as secure habitat for wildlife” he said.

National Forest System lands are where communities work and play providing unique opportunities for accessible recreational that enhances quality of life, promotes health, and contributes to local and regional economies. “These projects help respond to growing recreation use in a way that allows the Jackson Ranger District trail system as a whole to work better for people and wildlife,” said Deiter.

The project decision and supporting maps and analyses can be found on the Bridger-Teton National Forest website athttp://www.fs.usda.gov/project/?project=34851.