Over the last 20 years, shed antler hunting has become very popular, and very lucrative. The increased demand and competition for antlers has created an equally dramatic increase in people combing big game winter ranges causing constant disturbances of wintering wildlife, all at a time when animals can least afford it.

However, due to the increased value and competition for antlers, some have chosen to ignore the seasonal closure. Consequently, game wardens in the Green River, Pinedale and Jackson regions have been focusing their efforts to catch these “antler poachers”. Likewise, the public has made it very clear that they expect strict enforcement of the regulation and stiff penalties for those apprehended.

In addition to the increased enforcement, game wardens have worked closely with prosecuting attorneys to recommend stiffer penalties for anyone caught intentionally violating the shed antler season. “It became clear that a $220 fine wasn’t going to deter some illegal antler hunters from intentionally violating the law,” said South Pinedale Game Warden Jordan Kraft. “Increased penalties were needed to make the consequences comparable to the market value of the antlers.” As a result, wardens began requesting enhanced fines and loss of hunting privileges for blatant violators and the prosecuting attorneys and judges agreed.

This winter, 16 citations and two warnings have been issued to individuals who violated shed antler regulations, with four additional cases pending. Penalties have varied from six months to two years loss of hunting privileges and up to 2 years loss of antler hunting privileges. Penalties totaled nearly $4150 in fines, over 105 hours of community service and 70 days in jail (suspended) thanks to the dedication of Sublette and Teton circuit court judges and county attorneys.

“We hope it sends a strong message that we are taking these violations seriously,” said Big Piney Game Warden Adam Hymas. “A few of these blatant violators will not be able to hunt or apply for hunting licenses for two years.” Many additional antler cases have been made in Lincoln, Sweetwater and Uinta counties as well.

Anyone witnessing a wildlife violation may call the Stop Poaching hotline at 1-877-WGFD-TIP. Tips are most helpful when they are reported promptly and include information such as the date, time, location and specific details about the suspected violation. Also important is a physical description of the suspected violator as well as a license plate number and description of any vehicles involved in the incident. Stop Poaching tips also can be reported online at: https://wgfd.wyo.gov/law-enforcement/stop-poaching. Any information leading to an arrest and conviction may result in a reward and informants can choose to remain anonymous. 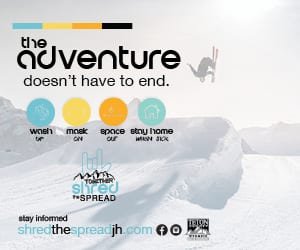