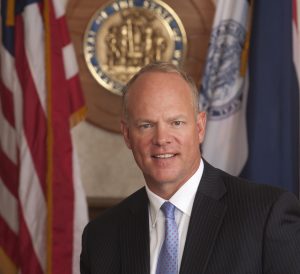 The agenda includes the economic future of the West, biosecurity, energy development, a celebration of 100 years of the National Park Service, public land management and Endangered Species Act (ESA) reforms.

“The WGA is a bi-partisan organization focused on issues directly affecting Western States,” said Governor Mead. “Many of the issues we face as governors are unique to the West. The partnerships we build as Western Governors can benefit states throughout the region.”

Governor Mead launched the Western Governors’ Species Conservation and Endangered Species Act Initiative in June of 2015 as Chairman of the Western Governors’ Association. Workshops were held in Wyoming, Idaho, Colorado and Hawaii bringing together hundreds of attendees to discuss meaningful ESA reforms. That information will be compiled into a report that will help form an action plan moving forward.

“The goal of the Endangered Species Act should be species recovery,” Governor Mead said. “Too often a species that is recovered is not removed from the list. Resources are then unavailable for other imperiled species. We must improve how the Act works.”

The meeting will conclude on Tuesday, June 14 with remarks from incoming Chairman Governor Steve Bullock of Montana. More information, including a full meeting agenda, is available at www.westgov.org.

Battle of Broncs: Top teams in the 3A meet tonight in Cody