It was only the third day of Yellowstone National Park being open for the summer months, and already a visitor approached a bison too closely and regretted it. According to a news release from the park, a female visitor was knocked to the ground and injured by a bison in the Old Faithful Upper Geyser Basin after she approached the animal at less than 25 yards. Park emergency medical providers responded to the incident immediately and assessed the woman’s injuries, but she refused to be transported to a medical facility. Park officials remind visitors, wildlife in Yellowstone National Park are wild. When an animal is near a trail, boardwalk, parking lot, or in a developed area, visitors need to give it space. Stay 25 yards away from bison, elk, bighorn sheep, deer, moose, or coyotes; and at least 100 yards away from bears and wolves. 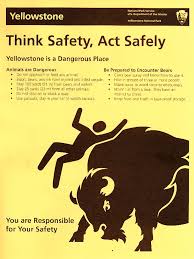