It has been busy for rangers in Grand Teton National Park with a host of rescues beginning on Saturday afternoon. That’s when a call came in reporting a visitor with a head injury in Garnet Canyon. The Search and Rescue helicopter was called to transport the patient to Lupine Meadows. From there, the patient was taken by ambulance to St. John’s. Then later in the day, rangers short hauled a visitor with a leg injury from a fall in a boulder field near Delta Lake to Lupine Meadows via helicopter and then by ambulance to St. John’s. There was no immediate report on either patient’s condition. On Monday, rangers responded to the report of a visitor experiencing cardiac symptoms in Garnet Canyon. That patient was also airlifted by helicopter to Lupine Meadows and then taken by ambulance to St. John’s. Before the day was over, rangers rescued two kayakers who had flipped their kayaks and were stranded on a gravel bar in the middle of the Snake River near the Mr. Bubbles area, and then a visitor who had fallen at the Jenny Lake lakeshore had to be extracted by rangers to the Jenny Lake Overlook and transported by ambulance to St. John’s. Park officials are also pointing out that over the weekend, they began seeing park campgrounds filling early every day with few options for campers who show up late in the day. 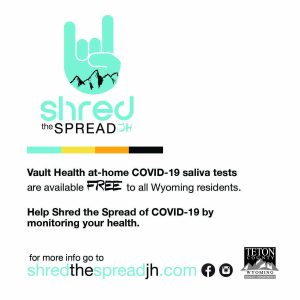