It is all part of the ongoing restoration project to increase territorial pairs of swans which have undergone a decades-long decline in the park. With more than 60 birds and 17 territorial pairs in the early 1960s, to only four birds in 2009 and 2010, the swan population has declined for a variety of reasons. Scientists are collecting population data such as nest success, number of territorial pairs, and the number of cygnets produced each year. The data may help determine the reasons for the decline.

Trumpeter swan restoration efforts have bolstered the population to over 20 birds and five territorial pairs, including natural reproduction in some years. 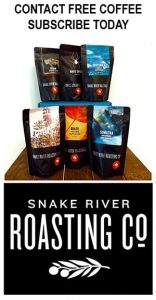 Yellowstone National Park will begin allowing visitors to access the

Yellowstone National Park could reopen the southern end of the

Grand Teton National Park Gets Nod for Housing and More

Wildlife feeding to be outlawed in Jackson Hole

After recent encounters with Grizzly 399 and her brood inside Jackson’s city limits, officials with the

Teton County under Flood Watch for the weekend