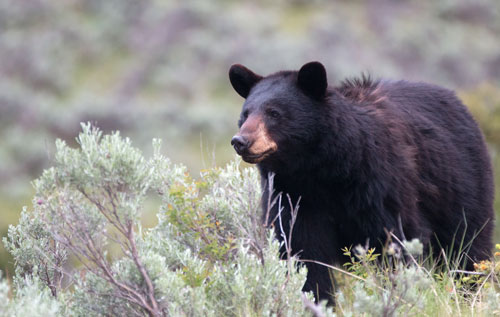 Wyoming Game and Fish biologists tranquilized a bear that had been roaming through Melody Ranch Thursday and Friday and moved it away from populated areas Friday night. The bear had been seen in the yards around the subdivision, and residents had been posting video and photos of the brown black-bear as he made his rounds. Wildlife officials caution that bears are in a state of hyperphagia during the fall months in which they eat and drink nonstop to put on weight for the winter hibernation. During hyperphagia, those bears are very active, seeking out food sources. As such, attractants need to be made unavailable, especially in residential neighborhoods, including bird feeders, pet food, livestock feed, compost, barbecue grills and garbage. Game and Fish is also discouraging people from putting out the garbage the night before trash collection to make sure bears do not have access to it.